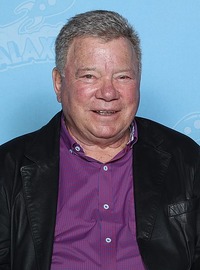 William Shatner is a Canadian actor, author, producer, director, screenwriter, space tourist, and musician. In his seven decades of acting, he is best known for his portrayal of Captain James T. Kirk of the USS Enterprise in the Star Trek franchise. Shatner began his screen acting career in Canadian films and television productions. He appeared as Captain Kirk in... Wikipedia