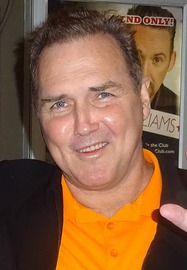 Norman Gene Macdonald was a Canadian stand-up comedian, writer, and actor who was known for his deadpan style and poetic, sometimes old-fashioned turns of phrase. Throughout his career, he appeared in numerous films and was a regular favorite comedian panelist of talk show hosts, with many considering him to be the ultimate late night comedy guest. Early in his... Wikipedia