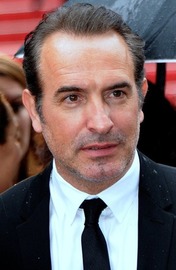 Jean Edmond Dujardin is a French actor and comedian. He began his career as a stand-up comedian in Paris before guest starring in comedic television programmes and films. He first came to prominence with the cult TV series Un gars, une fille, in which he starred alongside his lover Alexandra Lamy, before gaining success in film with movies such... Wikipedia