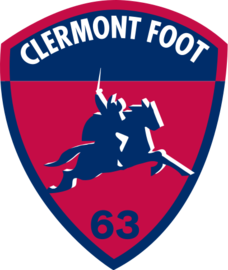 Clermont Foot 63 is a French association football club based in Clermont-Ferrand. The first incarnation of the club was formed in 1911 and the current club was created in 1990 as a result of a merger. Clermont currently play in Ligue 2, the second level of French football having achieved promotion to the league after winning the 2006–07 edition... Wikipedia