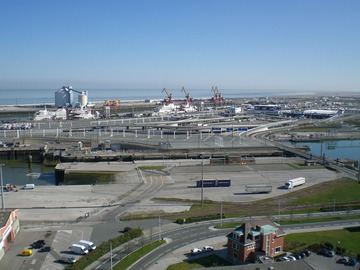 Calais is a city and major ferry port in northern France in the department of Pas-de-Calais, of which it is a sub-prefecture. Although Calais is by far the largest city in Pas-de-Calais, the department's prefecture is its third-largest town of Arras. The population of the city proper is 73,911, and that of the urban area is 128,931. Calais overlooks... Wikipedia