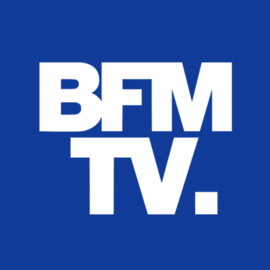 BFM TV is a 24-hour rolling news and weather channel based in France and available globally via digital, cable and satellite television. As the country's most-watched news channel with 10 million daily viewers, BFM TV "boasts a market share in France that is greater than any equivalent news channel around the world". Its economic coverage has been considered "clearly... Wikipedia