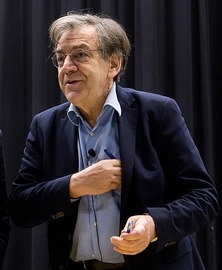 Alain Finkielkraut is a French philosopher and public intellectual. He has written books and essays on a wide range of topics, many on the ideas of tradition and identitary nonviolence, including Jewish identity and antisemitism, French colonialism, the mission of the French education system in immigrant assimilation, and the Yugoslav Wars. He joined the Department of French Literature in... Wikipedia