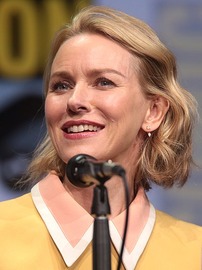 Naomi Ellen Watts is a British actress and film producer. She made her film debut in the Australian drama For Love Alone and then appeared in the Australian television series Hey Dad..!, Brides of Christ, Home and Away, and the film Flirting. After moving to the United States, Watts struggled as an actress for years, with appearances in small-scale... Wikipedia