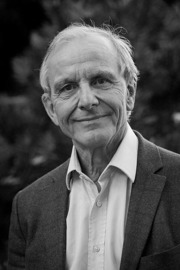 Axel Kahn is a French scientist and geneticist. He is the brother of the journalist Jean-François Kahn. He was a member of the French National Consultative Ethics Committee from 1992 to 2004 and worked in gene therapy. He first entered the INSERM with a specialization in biochemistry. He was named in 2002 as a counsellor for biosciences and biotechnologies... Wikipedia